This Woman Lost Thousands To A Nigerian Scammer. So She Put Him Through College And Changed His Life.

Maria Grette fell in love with what she thought was a 58-year-old Danish man she’d met online. But it turned out the 63-year-old Swedish woman had actually been chatting to a Nigerian “419” internet scammer the whole time.

Maria met “Johnny” (not his real name) via an online dating site, where he told her that he was a widower raised in the US, now working as a civil engineer in England with a son at university in Manchester. 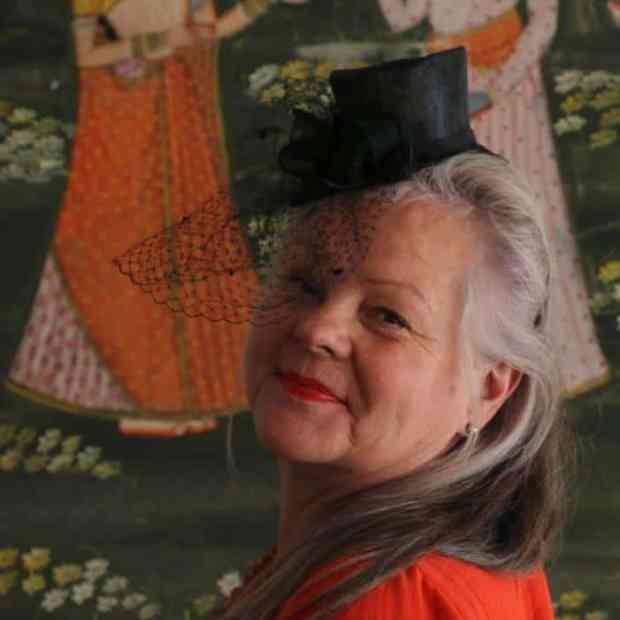 “I received messages telling me that people had contacted me, but I never looked at them,” she says, “I still don’t know why [I replied to Johnny], it was like a sudden impulse.”

“I was caught up by the atmosphere and by something in his words,” explains the painter and arts teacher, “We spent some time writing, then he called from a UK number.” 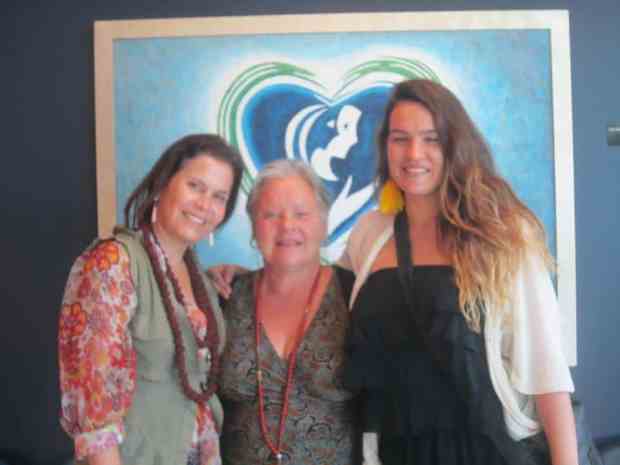 Although Maria, who has lived all around Europe, found the man’s accent strange, she didn’t give it much thought. Johnny told her he was hoping to move to Sweden to retire, and Maria was excited to finally meet her online crush.

“I wanted to meet him because I liked him. He had a way and a sweetness I had never known in a man before. He was innocent in a way that puzzled me.” 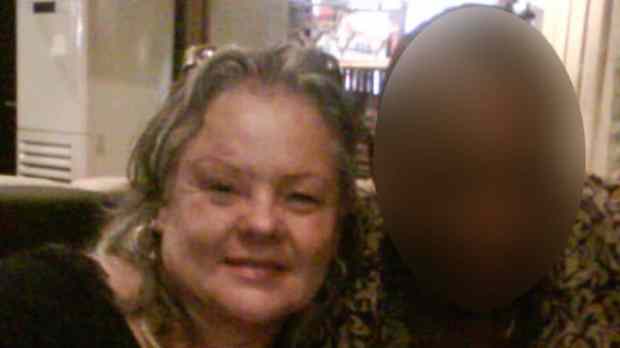 Three months after they’d first started chatting, Johnny agreed to visit Maria in Sweden. He told her he’d be traveling via Nigeria, so his son could attend a job interview. Maria even spoke to his “son” when the pair reached the Nigerian capital, Lagos.

In the next phone call, Johnny was speaking from a Lagos hospital. He told Maria they had been mugged, his son shot in the head, and they had no money or travel documents.

He added that his bank had no branches in Africa, so he couldn’t access any cash, and that the hospital needed â¬1000 in advance to treat his son. 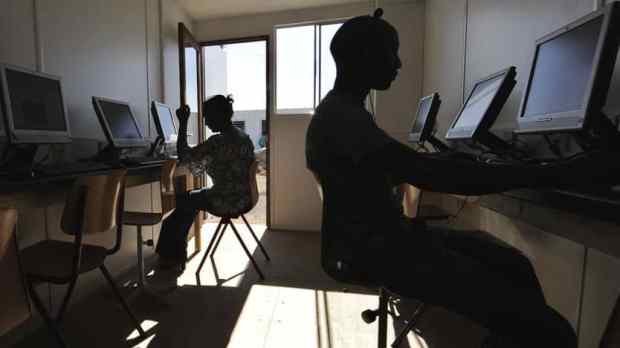 “Honey, I am in the hospital right now using the doctor’s laptop to send you this,” Johnny wrote, “If Nick dies I also will die with him. I have been crying. I wish I never came here. The doctor said we were lucky we were not kidnapped. Nick is all I have got, I am confused, I do not know where to turn.”

Maria knew she had to help. “I will never forget how I rushed to the Western Union office, trembling while I did the transfer. All I could think of was to get the two persons in Nigeria out of danger.” 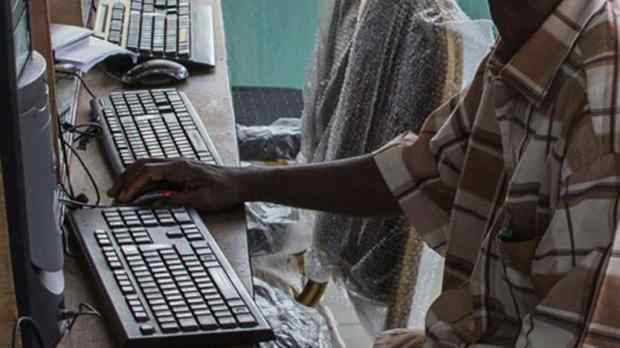 But, after transferring thousands of euros for ever-increasing medical fees, Maria says she “came to her senses” and stopped replying to Johnny.

Three weeks later, Jonny called her and confessed everything: that he was a 24-year-old Nigerian scammer who had left university and been unable to find a job.

But Maria wasn’t angry: “The most terrible thing was not that he had cheated me, but that he had lost his innocence,” she said. And so, incredibly, she set out to help Johnny. 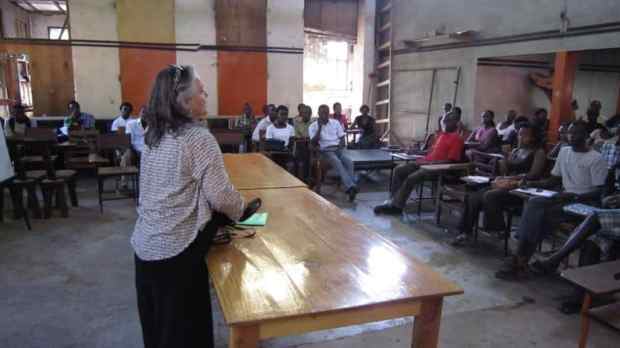 “He said he had never met anyone like me before, that he had been fighting his feelings for me for a long time. He said that his scamming mates had warned him about falling in love with ‘a client’, that he had ignored them because he didn’t want to lost contact with me,” she explained.

Maria traveled to Nigeria to meet Johnny and, over two weeks, her romantic feelings towards someone she felt she had known her “whole life” turned into a good friendship. She met his friends, who were also scammers, and wondered how she could help “these healthy, good young men”.

Now, six years on, Maria has organized exhibitions, workshops, conferences, and competitions for African artists, helping them source funding, and giving talks in Uganda and Nigeria. 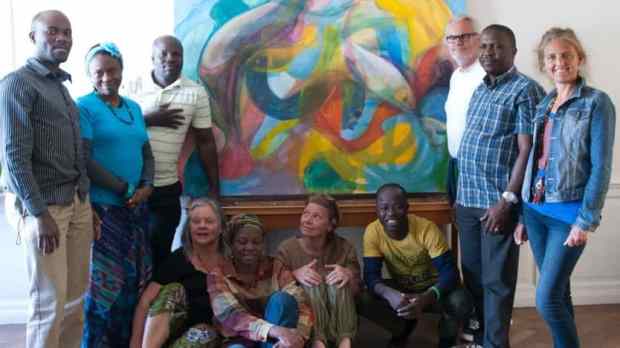 She’s helped people just like Johnny avoid a life of crime, teaching them skills and giving them a second chance to succeed.

And Maria, now 69 and living in Norway, has no hard feelings about the scam: “Johnny has given me more than he took. Without him, I would not have [seen] Africa.” 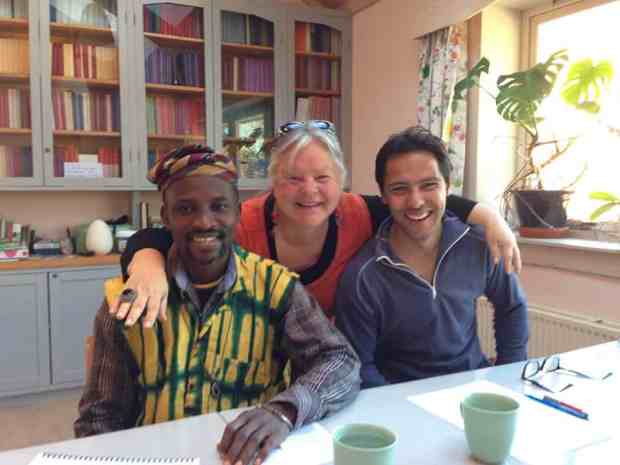 Johnny has since left Nigeria to go to college, with Maria happily paying his fees, and he is now working in the US. They are still in touch.

Maria, you are truly an inspirational woman.

This Woman Lost Thousands To A Nigerian Scammer. So She Put Him Through College And Changed His Life.