A baby girl named Freya was born to David and Lauren Vinje on Thanksgiving Day in 2014. 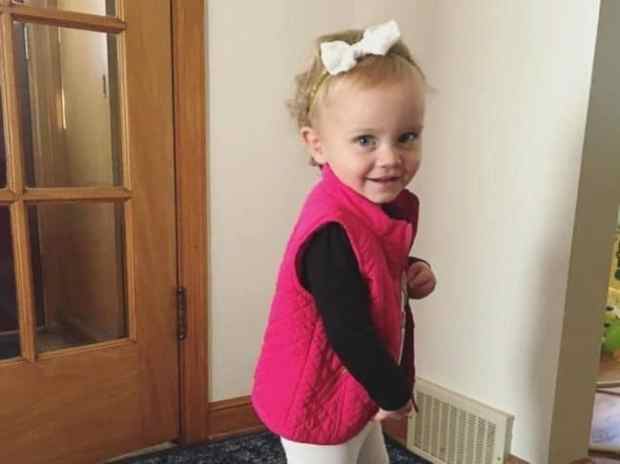 She may be just a normal toddler now, but Freya is giving hope to mothers all over the world for a very special reason.

Baby Freya was born premature and well below the average weight of a newborn. Yet that didn’t stop the little bundle of joy from showing her zest for life.

Mom Lauren posted the photo of a beaming Freya on a blog about childbirth with the caption, “Our first daughter at five days old. 3 lbs 14 oz (1.7 kg), she was happy to be alive!” 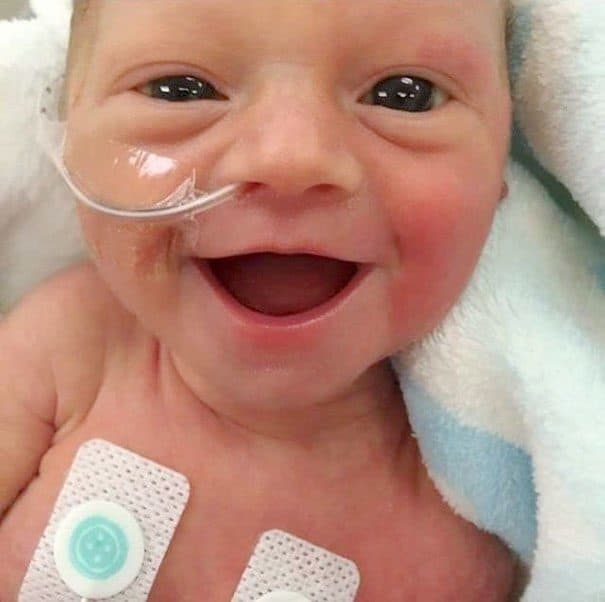 Just days after posting, the photo received thousands of shares on social media. “It made me feel really good,” the Minnesota mother-of-two said. “Under the comments, I read through a lot of the stories and it’s [for] moms to know, especially mom who are going through it now …; they don’t have to go through it alone.”

Lauren’s pregnancy was no walk in the park. At 28 weeks, she began showing signs of preeclampsia — a pregnancy complication characterized by high blood pressure. “In my head, I knew what it was but my doctor was not confirming it,” Lauren recalled. “[With] preeclampsia, your body sees the placenta as being a foreign object and it’s almost like your body becomes allergic to it — [that’s] what they told me. If you’re not monitored closely, you’ll lose the baby.”

On one of her visits to the doctor, Lauren was told that her baby’s heart rate was dropping and she’d have to prepare to deliver her long before the due date. 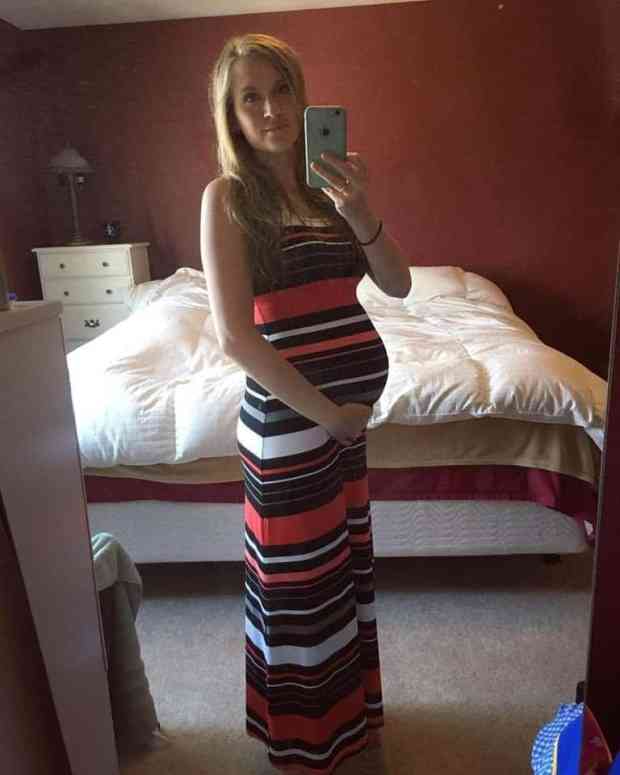 Two days later, Freya was born via emergency C-section. She weighed a mere 4 pounds, 4 ounces and remained in the NICU for almost a month. 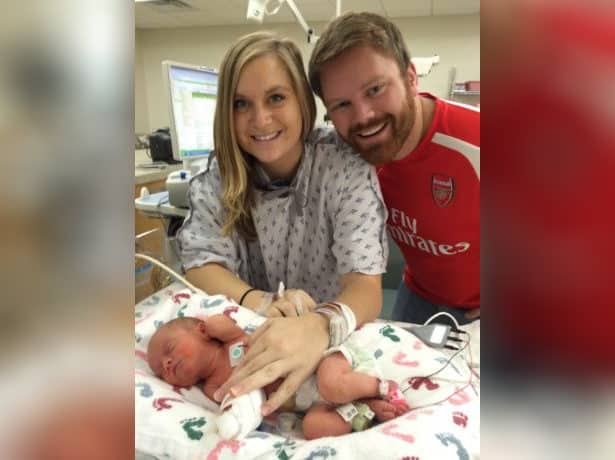 “I didn’t get to hold her until she was about 5 hours old,” Lauren said. “David, my husband, got to hold her pretty much right away. They made sure she was able to breathe on her own because with preemies, [doctors] are always worried about lung development.” 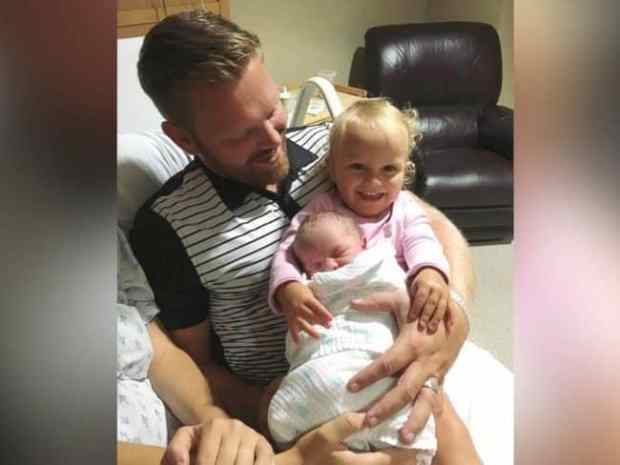 Five days after she was born, her mom snapped a photo of Freya that could only have been one in a million.

“I was talking to her and I had said, ‘Should we send a picture to Daddy?’ and right when I was about to take the picture, she had this huge smile. It was a picture that I had always wanted to get out for people to see because of how it touched me [in] the way that it did. We gave a copy to the nurses, and when we went to have our second little girl, they still had it hanging up in their break room.”

Lauren shared Freya’s photo to the blog “Birth Without Fear” as a way to comfort other parents of premature infants. Since then, the photo has inspired parents from all over to share their own stories about having a baby born premature. 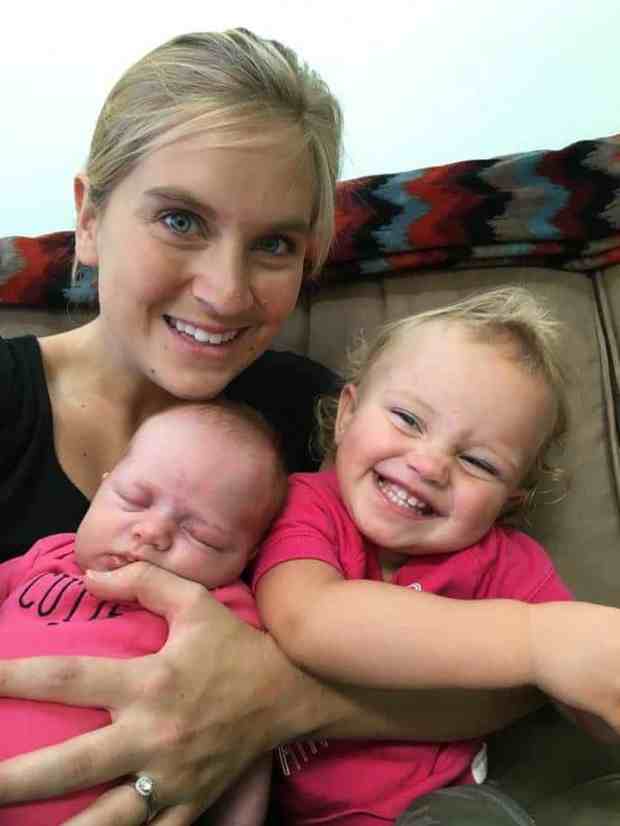 “Honestly, she is the best thing that has happened to us,” Lauren said. “We go to the store and she’s the friendliest little girl and she says hi to everybody.”

“She’s so fun. She’s so happy. That picture at 5 days old, you can see her little personality and you look at her now, and she hasn’t changed. She’s still the happy little girl in that photo.” 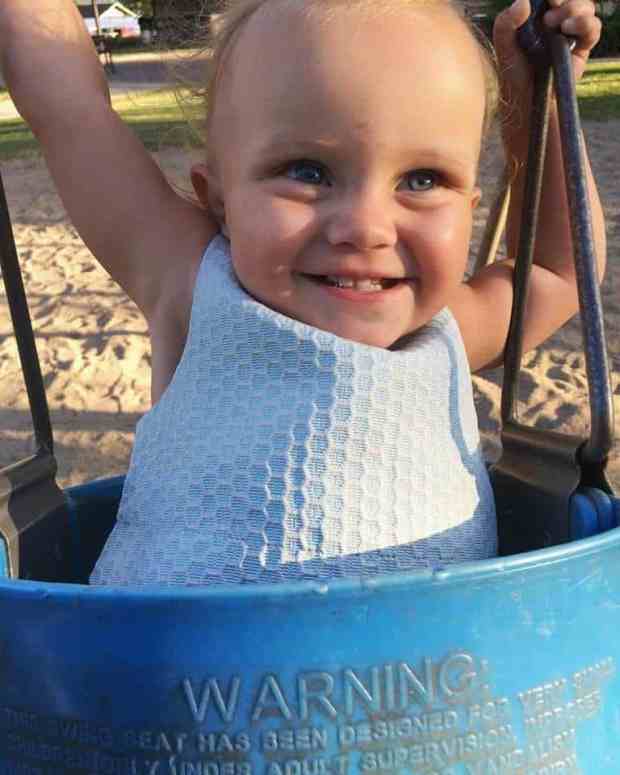 Previous article Are you my (substitute) mother? A guide to picking your celebrity stand-in parents
Next article This Woman Lost Thousands To A Nigerian Scammer. So She Put Him Through College And Changed His Life.